The North-West Ceramics Foundation is delighted to announce that Allan Collier has been awarded the 2020, Citizen of Craft Award, given by the Craft Council of BC.

This year’s Citizen of Craft Award honours “an individual who has made a significant impact in their community for craft and the artists who create it,” we at the North-West Ceramics Foundation (NWCF) could think of no better candidate than Allan Collier.

"Allan has done more than almost anyone else to preserve craft history in BC," writes PGBC member and NWCF president Debra Sloan. "We are very pleased that he will be the recipient of this prestigious award. The new show at the Vancouver Art Gallery - Modern in the Making [which includes many of BC's founding potters] - owes much to Allan's dogged perseverance -researching, collecting and making contact with numerous craft artists over the last 40 years." [See our next PGBC newsletter Aug. 21 for a review of the VAG exhibition.--Ed.]

An edited version of NWCF Board Member Amy Gogarty's nomination statement is copied below.

A long-time resident of Victoria, Allan Collier is a furniture designer/maker, researcher, teacher, curator and collector who specializes in Canadian craft and design dating from 1940 to 1980. Although this nomination does not call for an artist, Allan is widely recognized as a maker of outstanding furniture, which is inspired by modernist precursors. His broad practice grows out of first-hand knowledge of and respect for handcraft and materials and his belief that “the past informs the present.”

Allan’s interest in making contemporary furniture was piqued by Seduced and Abandoned, an exhibition of Canadian-designed furniture he saw in Toronto in 1985. That such a large body of high-quality Canadian work existed came as a revelation to him. The accompanying illustrated catalogue spurred trips to thrift stores and auctions back in Victoria, which proved a rich hunting ground. People retired to Victoria, and, as Modernist furniture was losing popularity by the 1980s, Collier was able to assemble his collection for a small investment. Discovering and rescuing an important legacy of Canadian craft and design, he developed his collection to encompass hundreds of items including furniture designed by Peter Cotton, Robin Bush and others; commercial and studio ceramics from BC and across Canada; enamels, early plastics, household items, appliances and other examples of Canadian design.

Allan Collier, cabinets from exhibition "Parenthesis", 2014. Both designs based on design by Clive Latimer, Great Britain, 1945/6.

Not content merely to collect, Allan rigorously researched craft and design from the 1940 - 1980 period, curating exhibitions, writing catalogue essays and lending from his collection so that the public and makers could learn from and be inspired by quality Canadian design. Early exhibitions include West Coast Modern: Furniture 1945.-.60, at the Vancouver Art Gallery in 1988, and Achieving the Modern: Canadian Abstract Painting and Design in the 1950s at the Winnipeg Art Gallery in 1992. In Winnipeg, Allan worked with Jon Tupper, and, when Jon was appointed Director of the Art Gallery of Greater Victoria, he encouraged Allan to develop a major exhibition in 2011. The Modern Eye: Craft and Design in Canada 1940 – 1980 featured 240 examples of furniture, ceramics, enamels, textiles and objects of everyday life, some 70% of which were drawn from Allan’s own collection. He worked closely with designer Michael Erdman to produce a striking catalogue containing a trove of difficult-to-find information, 90 biographies of post-war Canadian designers and makers, and images of all works in the exhibition. 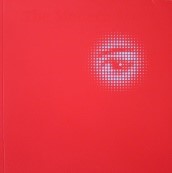 As his interest in ceramics grew, he began to collect more BC studio ceramics, which he also lent. He sought out public and private collections and proposed exhibitions. In 2017, he curated Life With Clay: Pottery and Sculpture by Jan and Helga Grove. The exhibition included some 100 works of pottery and sculpture by the well-known Victoria couple. The catalogue includes full-colour photographs of all work in the exhibition, a comprehensive exhibition list and bibliography covering over fifty years of their careers as potters. The urgency of documenting and preserving this work became apparent as both of the Groves died in 2018. Had Allan not taken such an interest in the work, this history would have largely been lost.

Committed to preserving Canada’s, and, in particular, British Columbia’s, design and craft heritage, Allan continues to collect, research, lecture and engage with Canadian craft and design. Recent projects include researching pottery in BC from the 1920s to the late 1940s; BC furniture designers Earle Morrison, Robin Bush and Peter Cotton; and the Vancouver workshops of Edith Heath. Modern in the Making: Postwar Craft and Design in BC, co-curated by Allan, opened at the Vancouver Art Museum in July of 2020. He is also in the process of donating much of his BC furniture collection to the Vancouver Art Gallery and ceramics to various institutions. 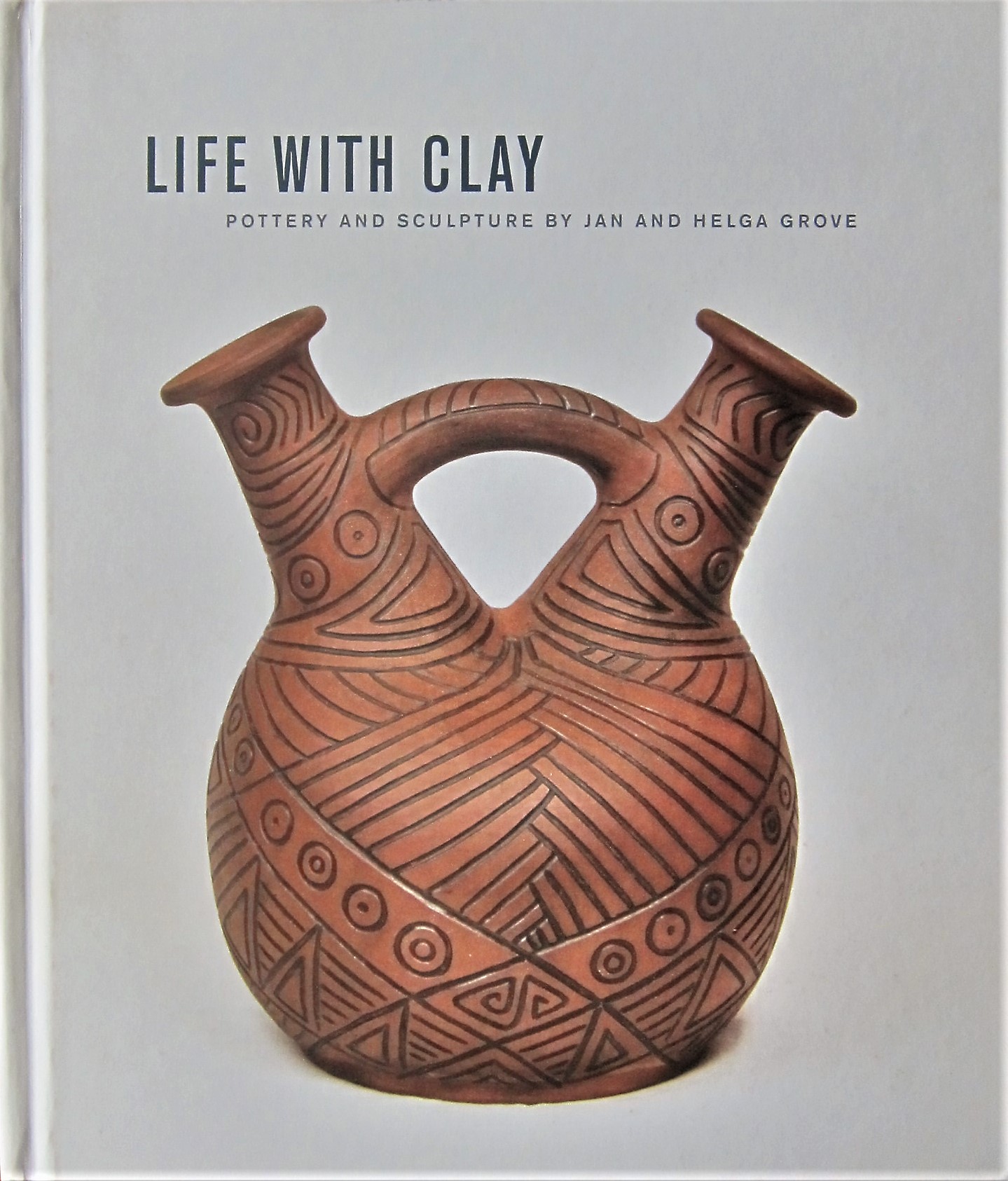 (2) Pots from Life With Clay: Pottery and Sculpture by Jan and Helga Grove, Art Gallery of Greater Victoria, January 21 – May 28, 2017. Curated by Allan Collier.

In thinking about Allan Collier’s impact on craft, design and makers, the importance of his collecting, documenting and presenting the heritage of material culture in our region becomes apparent. The present grows out of the past and is strengthened by awareness of, respect for and lessons presented by skillful and beautiful objects made by those who came before. The objects in Allan’s collection provide material evidence of various influences and people who have shaped this region, inspiring and informing Canada’s established and emerging makers and designers. Objects stand as witnesses to a community’s ideas, aspirations and achievements. For us to evaluate and understand how these objects and their histories shape us as a culture, we require recourse to them and what they tell us.

Allan Collier has collected this legacy avidly, documenting and preserving it so that it educates and inspires new generations of makers. He shares his passion for craft and design generously and widely, disseminating his knowledge for others to take forward. His personal furniture practice sensitizes him to the values of materials, design and skillful making, which translates to a fuller awareness of and appreciation for makers and objects. Through his curating, lending and donating, he ensures public access to outstanding examples of craft and design. With his exhibitions, he demonstrates connections between craft and the wider worlds of fine art and design and contributes towards a deeper understanding of creative production in its many forms.

Director Jon Tupper writes in the foreword to The Modern Eye, “Curator Allan Collier is one of the foremost authorities on post-war Canadian design. He has been devoted to making us aware of this vitally important recent history and encouraging us to value what little remains.”

The current exhibition Modern in the Making, on at the VAG, July 2020 to January 3, 2021 – has been put together by Allan and Daina Augaitis, who, over the last few years have been searching through BC collections to create this very important show. Most of the furniture and many of the ceramics come from Allan’s enormous collection. [A review and images of this show is coming soon to our website!]

Thank you Allan for saving BC craft history.

REVIEW: Modern in the Making